tagged by: board games

I'm a fan of Eurogames - a style of approachable, yet thoughtful board games. I like them because you can usually learn and play one in an evening, yet they provide enough strategic interest to play many times. I sometimes get asked more about them and what and what my favorites are. So here is a short article explaining them and an interactive list of the games on my shelf.

Race for the Galaxy and San Juan 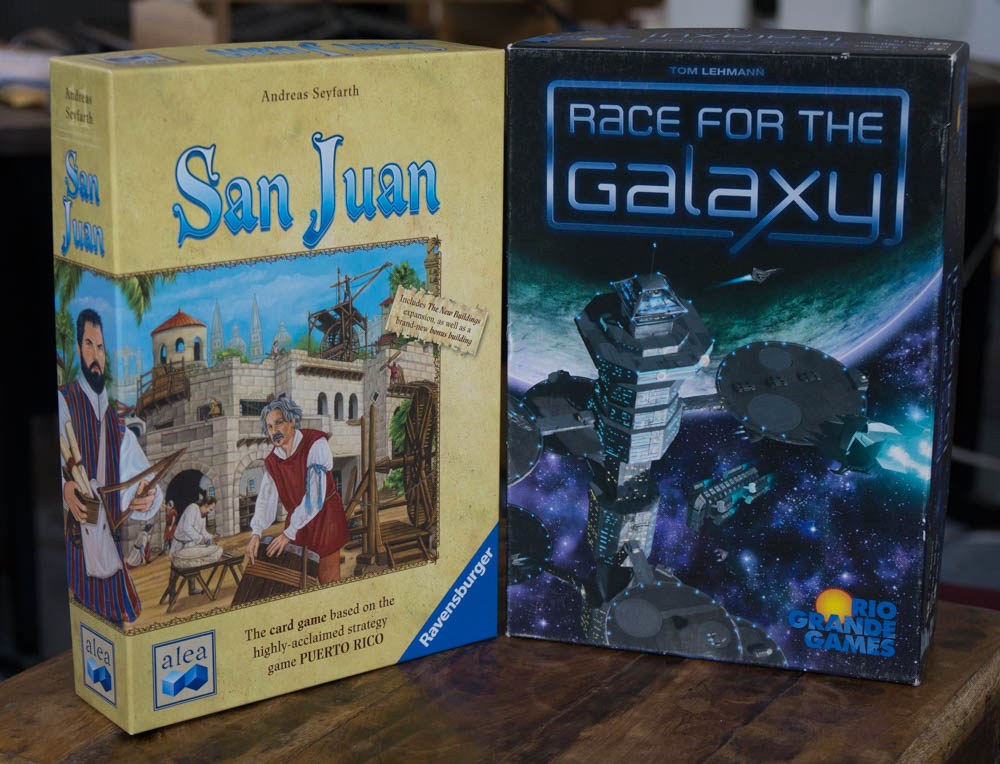 San Juan and Race for the Galaxy are excellent, fast, and thoughtful card games. Race is deeper and its icons make it less approachable for some.

Viticulture and The Gallerist 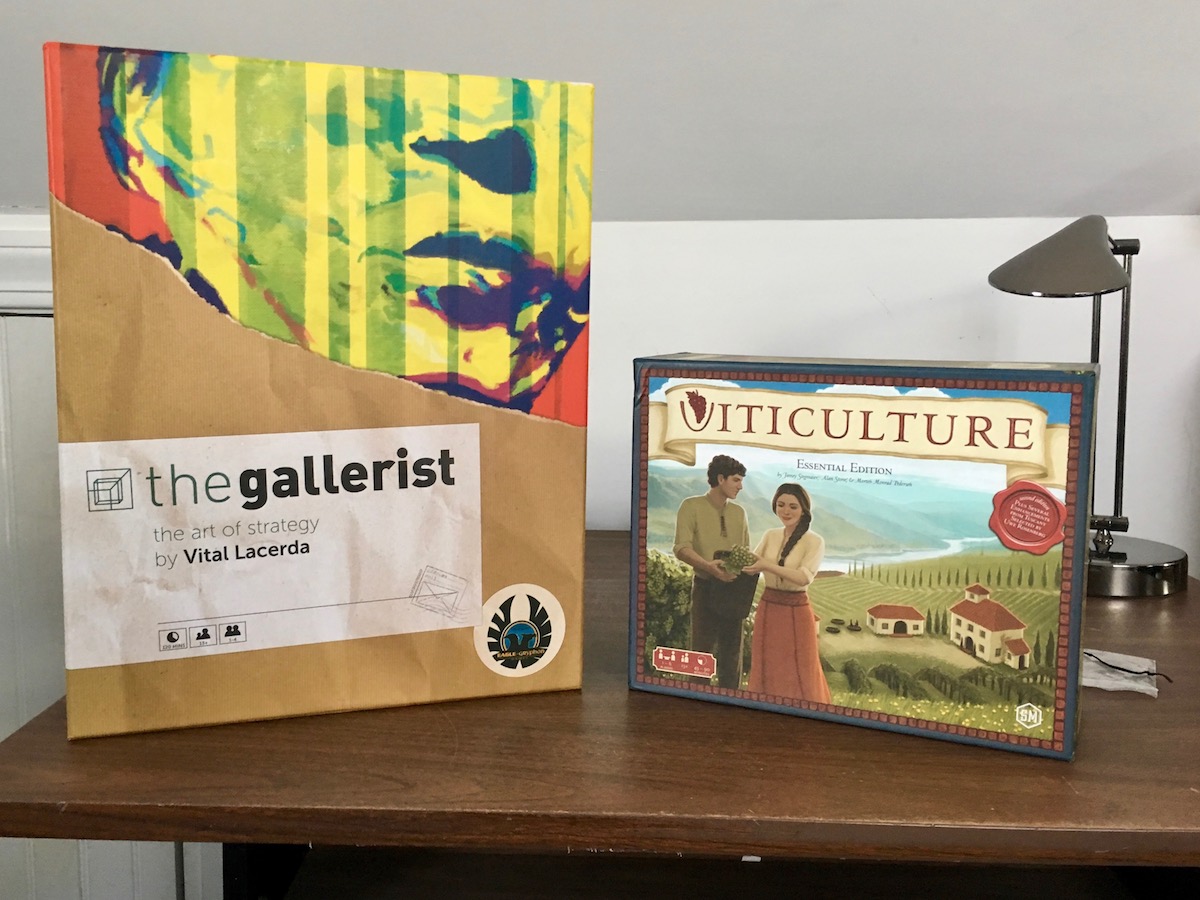 Viticulture and The Gallerist are both excellent Eurogames with a strong theme of a production centered business.

Brass Birmingham is a modern board game where players build up an industrial empire of coal mines, breweries, and railways in the industrial revolution. Edward and I do a detailed review of the game: assessing its weight, reviewing the components, and outlining what we like about the game. The podcast begins with a general chat of our recent gaming experiences, and I talk a bit about my background in gaming - the actual review starts at 1:16.

by Edward Uhler and Martin Fowler

Heavy Cardboard is a media channel dedicated to board games, run by Edward Uhler. I first ran into it when it was purely a podcast, enjoying it because it reviewed the kind of games I was interested in, and gave enough depth to the reviews that I could get a good picture of whether the game would interest me. It then added a video channel, streaming live games on Youtube. I rarely watch the live games, but often found watching a recording useful to see if I would like a game. I also find Edward's teaching of the rules, which he does before every stream, an effective way to learn how to play a game. I liked the show enough to become a patron, and enjoy the patron-only slack channel. It's a useful discussion forum and one of the most pleasant online groups I've been involved in.