We need to support privacy, not for those of us who have "nothing to hide", but for bothersome people like investigative journalists and activists, without which our democracy would crumble

An Open Letter to Pearson about SOPA/PIPA

When we leared that Pearson, our publisher, was a supporter of the controversial SOPA legislation, Jez Humble and I wrote an open letter of protest. A hundred other Pearson authors co-signed the letter after it was published.

Our Responsibility to Defeat Mass Surveillance

In our keynote for goto 2014, Erik and I consider our responsibilities as software professionals towards combatting the growing tide of mass surveillance. We talk about how software professionals should take a greater role in deciding what software to build, which requires us to have a greater knowledge of the domain and responsibility towards our users and the greater society. We say why privacy is important, both as a human need and for the maintenance of a democratic society. We use the example of email to explore the importance of an open, collaborative development approach for key infrastructure, and argue our freedoms require a greater level of encryption for all of us together with move to decentralize. We finish with a brief mention of "Pixelated", a project ThoughtWorks is doing to increase the use of encrypted email and why its challenges are much more about UX than the details of cryptography.

A while ago I was chatting with a post-doc on his way to an academic career. He was asking me about research topics wanting my input as he felt I could inform him on what would be research of practical use. I wasn't very helpful, but I did mention that the best way to do this would be to spend some time in industry to get a feel of how software development works in the wild and what problems could do with some research effort. His answer to this thought was very troubling. 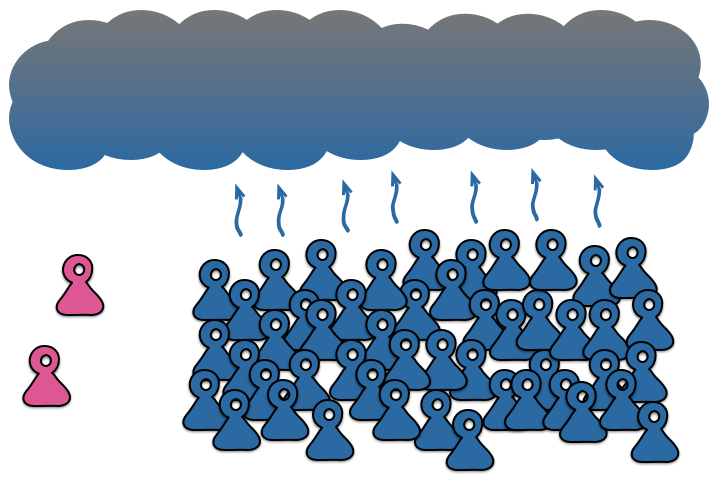 There are many factors that lead to the troubling DiversityImbalance that we find in the software community. Some of these, like the problems in teenage education that discourages girls from STEM subjects is a long term problem where our profession can't play a central role in fixing . But one factor that comes down directly to us is the alienating atmosphere that hangs over the tech community.

Over the last couple of years several of my colleagues have been organizing code jam events where developers get together to write software for charitable causes. A good example is a regular code-jam in New York that works on RapidFTR. Chris George, a ThoughtWorker based in New York, helped organize a one-off event in New York in August 2010. The group didn't get as much done on the day as they had hoped, but in a bar afterwards decided to try to get together more regularly. Since then they've been meeting every week. It's a small group, still mostly ThoughtWorkers and friends, with a core of 3-4 people rising to a dozen when we've had a big project in town.. (Chris is happy to have more people join the group, so if you are interested drop him an email.)

Many people have found these events to an enjoyable way to use our skills for purposes that we find rather more fulfilling than many day jobs, and a way both to learn new skills and learn from a different group of people. So I thought I should share our thoughts on how to set one up. 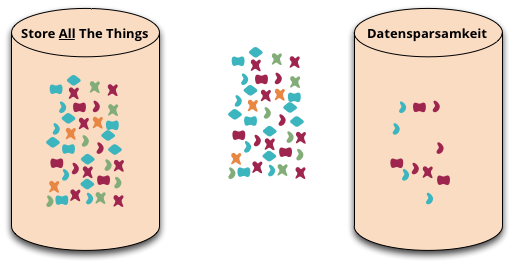 Datensparsamkeit is a German word that's difficult to translate properly into English. It's an attitude to how we capture and store data, saying that we should only handle data that we really need.

Although it's easy to become accustomed to it, it's pretty obvious the software development world has some serious issues in diversity. By this I mean that we have some notable differences in proportions of people compared to the general population. One of the most obvious differences is the low proportion of women, which is true all over the world (albeit noticeably less so in China). In the US, where I spend a good chunk of my time, the lack of African-Americans is also obvious. There's a lot been written on why such imbalances might exist, and what might be done about it. But here I want to concentrate on a more fundamental question - does it matter?

The recent fracas over death threats to Kathy Sierra has been bouncing around the blogs I read. The fact that I'm writing this shows it's triggered some thoughts of my own.

I wasn't cool enough to be in the first wave of invitations, but I have now got onto Google+, the Maybe Next Big Thing in social networks. It seems somewhat appropriate to mark this Momentous Event by writing a little bit about how I've used social networks so far, and some uninformed speculation about the impact of Google+

I think almost everyone I know in the software development field has a deep hatred for patents and the way they've been used in our field. I've had a post on my todo list for ages about this and have finally been moved to write about it after a particularly good piece of investigative journalism by This American Life. The short form of my post is that while patents (even software patents) are a good idea in principle, in practice they have turned into an unmitigated disaster and would be better scrapped.

A recent blogosphere controversy was caused by Nicholas Carr's entry claiming the "death of wikipedia" (yes I know my response is slow, but I didn't have the time to write while on the road). His initial post struck me as rather odd, saying that wikipedia was dying because 0.01% of articles had a rather mild protection. It's like saying democracy is over when a town hires a policeman.